In episode 7 I’m pushing back at the notion that Daesh’s social media visibility equals success. The group might have mastered trolling and they can shoot and edit passable HD video but are these activities going to help them achieve their goals or are they, in fact, undermining themselves with every tweet and every recorded act of brutality? You’ve read the title so I think you know where I’m going with this.

This episode ends with a message from Ambassador Lukman Faily. Iraq’s Ambassador to the United States is an engaging presence on Twitter and I’ve interviewed him twice for Blogs of War. The Ambassador argues that Daesh is a global problem, not just an Iraqi one, and comments on the changes his government is making to address critical internal political and social issues.

How Will ISIS Evolve and How Will Our Response Evolve with Them? | Episode 45 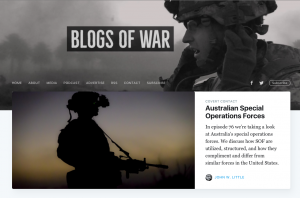